a habit of mine for many a year to always keep a plectrum on me and a guitar to hand. If people ask why, I joke that there may be an emergency similar to that in many films where the pilot has collapsed and someone shouts out to the passengers “Can anybody fly a plane?!”, or in my case, “Can anyone play guitar?!”, at which point I would step up for my ‘hero moment’. It is of course a joke, I couldn’t for the life of me think of any emergencies where such action would be needed, much as festivals have taught me to accept and welcome the unpredictable.

It’s the Monday morning at Glastonbury, around 7am, and I’m having a last cup of tea in Angel Gardens with fellow crew member Tara, silently chiding myself for having fallen asleep around midnight, and only resurfacing around 3.30 to find that most of my friends were turning in. As crew it’s a long festival for us, we were all in by the Sunday beforehand to setup. By the time the gates open to the public we’re half way through, and with the heat at the beginning of the week we were all fairly exhausted. We sat watching the glorious morning sun rise higher as the revellers still going made their way to the stone circle, silhouetted against the rays. We were chatting to the Green Crafts stewards, offering water to anyone who looked in need and enjoying our nightcap.

The peace and serenity then gave way to chaos. We heard shouts, commotion and hysterical screams as we saw a blur of security wrestling with someone, chased by various teenagers and stewards. My initial assumption was that there must have been some fight or scuffle. Tara and I both rose to our feet to see what we could do to help. It then became clear this was something far worse.

As the people crashed into our space the person at the centre of things went completely limp and was placed on the grass. Her friends were screaming and crying, we fed the exhausted lead of the security team water, whilst she explained to us that the girl on the floor had taken a mixture of Ketamine and hallucinogens and was having seizures. Within a short space of time the young girl was thrashing around uncontrollably, screaming, standing up, before collapsing again. The security were trying to get her friends to talk to her or sing songs in the hope that in the fleeting moments where she was able to identify her surroundings, things might appear as normal and recognisable as possible. The girl continued to shift in and out of consciousness, medics arrived, and at some point I heard Tara saying “Matt plays guitar” and I was then asked to play. I dived into the Bell Tent, grabbed a guitar and fished out a plectrum. And I gigged.

The whole experience was harrowing. The girl continued to fall in and out of consciousness, and would occasionally stand up and partially absorb her surroundings before lapsing into another seizure, at one point lying face down in the grass kicking the ground with a speed and ferocity which was frightening to witness: she kicked so hard the sole came off one of her boots. An Ambulance arrived. Her friends thought she was dying in front of them.

I have a set of songs in my head that I play lots, if I can’t think on the hoof of what to sing: Wonderwall, To Make You Feel My Love, Three Little Birds, I Can’t Help Falling I Love With You, things like that. In the middle of Your Song, she was conscious and standing and looking into my eyes, and I stared back into hers, seeing them filled with agony, with a life or death fear; a terror, a torture. I have never seen eyes so scared. Some truths sound like they’re lies, and this is one: having got near the end of the chorus, she latched on to the last line, and sang back to me “How wonderful life is, while you’re in the world”. She was back in our world, and for us all around her that was a truly wonderful thing.

I think that was the last time that I saw her conscious.

The medics decided the time was right to place the girl into the ambulance, and I watched them carry her limp body away, blood streaming from her nose.

We sat consoling her grief stricken friends with the Green Crafts stewards, offering water and cups of tea and reassurance. The whole thing had lasted around half an hour I think, time sort of stood still. Someone asked security if they’d seen something this bad before, they shrugged, and replied “Yes”.

I am grateful for the following things:

I am most of all grateful to have heard that the girl is alive and recovering from what must have been unimaginable trauma.

I am grateful to fate that she was rescued by the Security Team who were exceptional in exceptional circumstances. They have probably saved her life.

I am grateful her friends stayed with her.

I am grateful for the support given by the Green Crafts stewards to her distraught friends.

I am grateful for the community of Green Crafts, that it was a safe space, that the Stone Masons allowed us to borrow their cups for brewing up.

I am grateful to have friends like Tara, who was in the thick of things before I’d even reacted. We have each other’s backs. With Wings on.

I am grateful to have been useful. 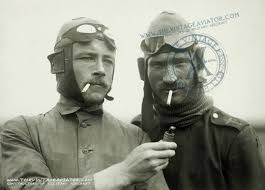 One thought on “How Wonderful Life Is, While You’re In The World… by (Angel) Matt Yates”